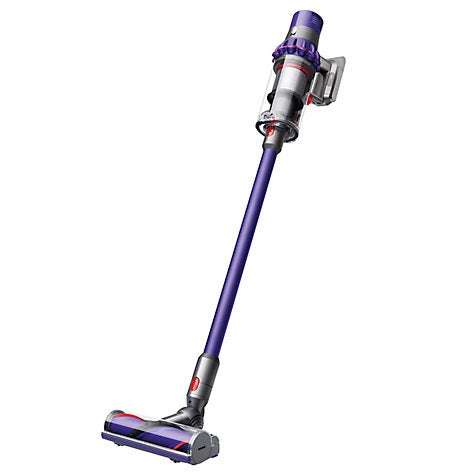 The Dyson that set the bar high   When Dyson launched the Cyclone V10 in March 2018, it was arguably the most innovative cordless vacuum cleaner the company had ever produced. While the newer...
Read more

The Dyson that set the bar high   When Dyson launched the Cyclone V10 in March 2018, it was arguably the most innovative cordless vacuum cleaner the company had ever produced. While the newer V11 and V15 models take things further, it was the V10 that set the bar. From the motor to the redesigned bin, the Dyson Cyclone V10 was… well, different, to say the least. In fact, Dyson was so confident in the V10’s prowess, that after that the company stopped developing its corded Big Ball vacuums.   At launch, there were a few versions of the Dyson V10. Now, however, the Absolute+ and the Animal are the commonly available models. If you search, you could find the Motorhead too. There’s nothing different between the models, except for the number of attachments they ship with.   Whichever model you decide to get your hands on, you can’t go wrong. Compared to the V8 (its predecessor), the V10 has 20% more suction power, thanks to the V10 digital motor which, at the time of launch, was the smallest and smartest the company had ever engineered. And it’s aging really well, too. No matter what dry mess needs to be cleaned up, the V10 can handle it and then some – kitchen spills of flour, sugar or cereal, dusty car interiors, or crumbs on the furniture.    And it can even hold more dirt and debris than the V8 – 40% more to be precise. The V10 introduced the vertically-emptying canister with a redesigned point-and-shoot mechanism – just unclip the telescopic tube, hold over the trash, and push the lever down to release the collection of rubbish. A 0.76L canister is a good size for the average household, although it would need emptying after each use if you clean a large space.   Then there’s the better battery. Unlike the older models, the V10 gives a full 60 minutes of fade-free power – depending on the suction mode and the attachment used. There are three suction modes – low, medium and maximum – and, honestly, like any Dyson handstick, the lowest setting is sufficient for most circumstances. The medium power setting gets you about 30 minutes of battery life, which is great if you need a slightly deeper clean in some parts of your home. Recharging the battery takes about 3.5 hours. Even after being on the market for a few years, the Dyson Cyclone V10 is still one of the best vacuum cleaners money can buy. And it’s much cheaper than getting a newer V11, which might be overkill for some households.   Score: 4.5/5 Verdict: Considering its current price tag and its powerful motor, the Dyson Cyclone V10 is a great investment for anyone looking for a great vacuum cleaner. It was a feat of engineering at the time of its launch, and even though the V11 and V15 take innovation to new heights, the V10 still holds its own – making it one of the best cordless vacuum cleaners on the market today.

Other brands in Vacuums