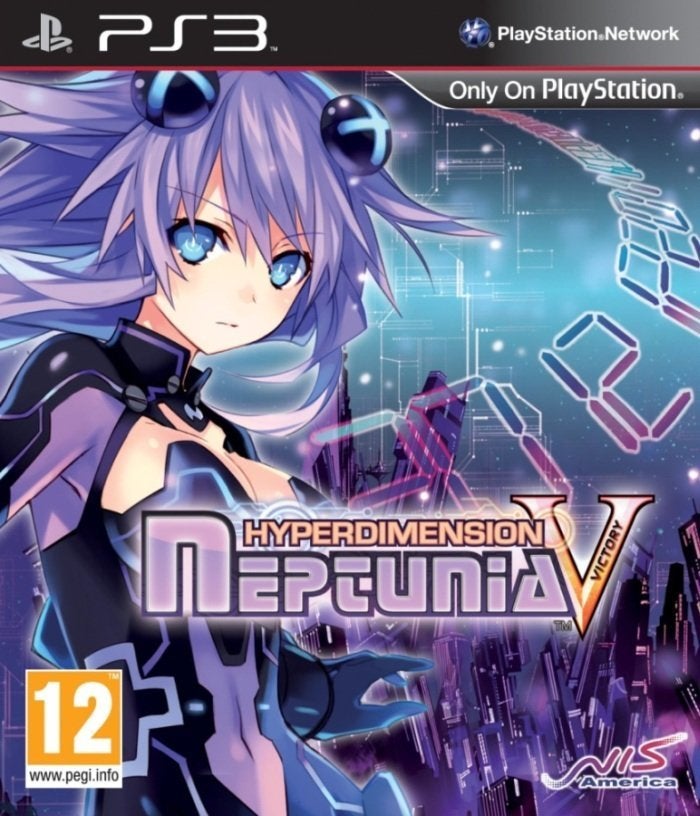 In Hyperdimension Neptunia: Victory Neptune reprises her role as the self-aware main character and meets characters new and old after getting transported back to the '80s version of Gamindustri....
Read more

In Hyperdimension Neptunia: Victory Neptune reprises her role as the self-aware main character and meets characters new and old after getting transported back to the '80s version of Gamindustri. Prepare for a refined and even faster-paced battle system! Fans of the Hyperdimension Neptunia series will be able to immerse themselves even deeper into the mythos of Gamindustri with Hyperdimension Neptunia: Victory. Several years after preventing Arfoire's revival, Gamindustri has remained at peace without any major issues. The CPUs and their younger sisters have been enjoying their quiet lives for a while… Then one day, the CPU of Planeptune-Neptune-is sent to another dimension. This new dimension feels very much like her own…except it has only progressed to the Gamindustri of the 1980s. In this dimension, a group of villains calling themselves the “Seven Sages” are trying to create a world without CPUs. With help from her new friends, including that dimension's CPU of Planeptune-Plutia-Neptune begins her quest to protect a totally different Gamindustri in her brand-new adventure! Features: - Dynamic combat: Freely move units in battle to tackle foes! Set up your own combos, fill up the EXE Drive gauge, and then deal “massive damage” with your finishing attacks! - Scout system: Send out scouts to explore and gather information on dungeons! Level them up so they can find things you may have missed on your adventure! - Flag system: Break or repair “flag” triggers in dungeons to activate different events when your scouts return from exploring! This can change enemy spawns or reveal new items! - Burn game discs: Obtain blank discs and burn different types of data onto them to access hidden potentials! With the right combinations, you may even make a Godly Game! It's your chance to craft your own.