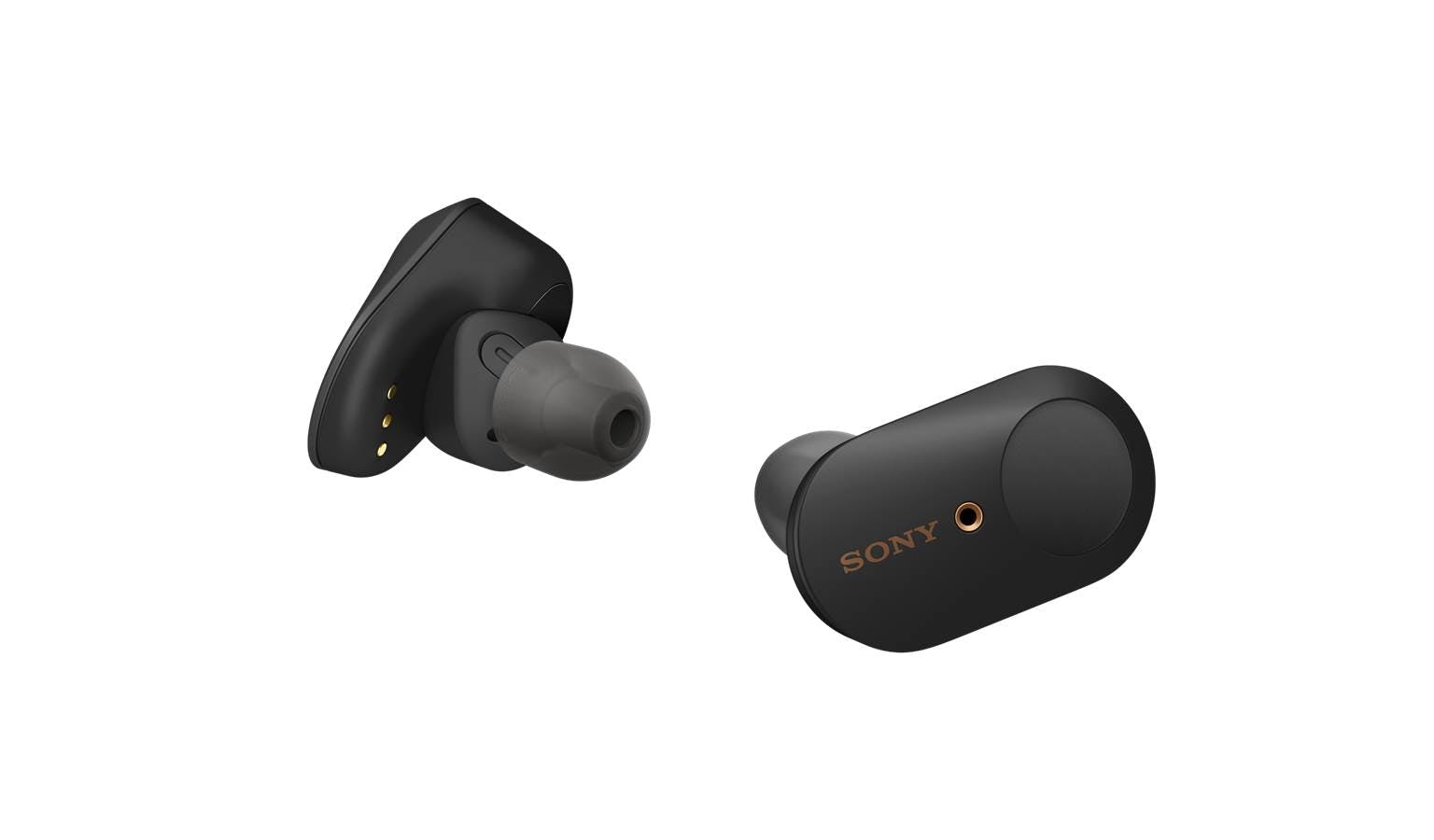 Noise cancellation with dual microphones on completely wireless earbuds is no easy task but Sony is up to the challenge with the WF-1000XM3. These tiny and lightweight earbuds get much right and are likely the best in their class but that doesn’t mean that they can replace on-ear headphones that are bigger and more capable.

For those familiar with Sony’s industry-leading WH-1000XM3 noise-cancelling headphones, there’s a good reason that the Japanese tech giant has opted to give such a similar name to these true wireless earbuds. The WF-1000XM3 successfully captures everything that makes its over-ear counterpart special and transmutes it into a super compact alternative, with only a few minor caveats.

First and foremost, the noise-cancelling is just as exceptional as its bigger sibling, meaning that it’s one of the best on the consumer market right now. Sporting an updated version of Sony’s dedicated processor (the QN1e chip), each bud utilises two microphones to intelligently identify environmental noises and aggressively block them out. The results are spectacular – particularly for typical use cases such as commuting, busy streets or chatty offices – and further customisation within the Sony headphone app allows for varying degrees of intensity, and even the option to let in human voices.

The audio quality, too, is a lesson learned directly from the WH-1000XM3 playbook. While the aforementioned Sony app has the option to adjust the equalisation of your sound (along with some neat fidelity-boosting tricks that the company is known for), the out-of-the-box sound profile is incredibly pleasing. While well-balanced, clear and producing an excellent sense of space (albeit not quite as spacious as the over-ear alternatives due to their format), the sound profile of these buds tends to err on the bassier side of things, but certainly not overwhelmingly so.

Thanks to a customisable touch control on each bud, you can answer calls, play and pause music, skip tracks or change noise-cancelling modes with ease. Sony’s Quick Attention mode is present here too, allowing you to hold your finger to a control to momentarily let in external sound, when listening for announcements or ordering food, for instance.

The battery case is a little on the bulky side, but its premium aesthetic and ability to quadruple your buds battery life makes it worth the while. Without any recharging, the WF-1000XM3 will last 6 hours with ANC engaged or 8 without, and the case holds an extra 18 - 24 hours dependent on your noise-cancelling usage. As with the case, the buds themselves are a little larger than we’d like and aren’t necessarily secure enough to withstand heavy jostling, but their elegant design and smarts justify their size.

The main drawback of the Sony WF-1000XM3 is the lack of any kind of sweat or water resistance, which rules them out for most workout uses, especially coupled with the somewhat bulky shape. However, the situations in which noise-cancelling is useful tend to be the opposite of those when you’d be exercising – blocking out traffic noises while jogging is a terrible idea – so we mostly forgive them on this front. If you’re looking to get premium audio and world-class noise-cancelling in a compact package, these earbuds are the king of the category right now, and there are plenty of rugged alternatives if you just want a pair of workout buds.

Verdict: While they’ve been on the market for a while, very few (if any) products that have been released since have been able to compete with the audio and noise-cancelling capabilities of Sony’s WF-1000XM3.

Other brands in Head Phones