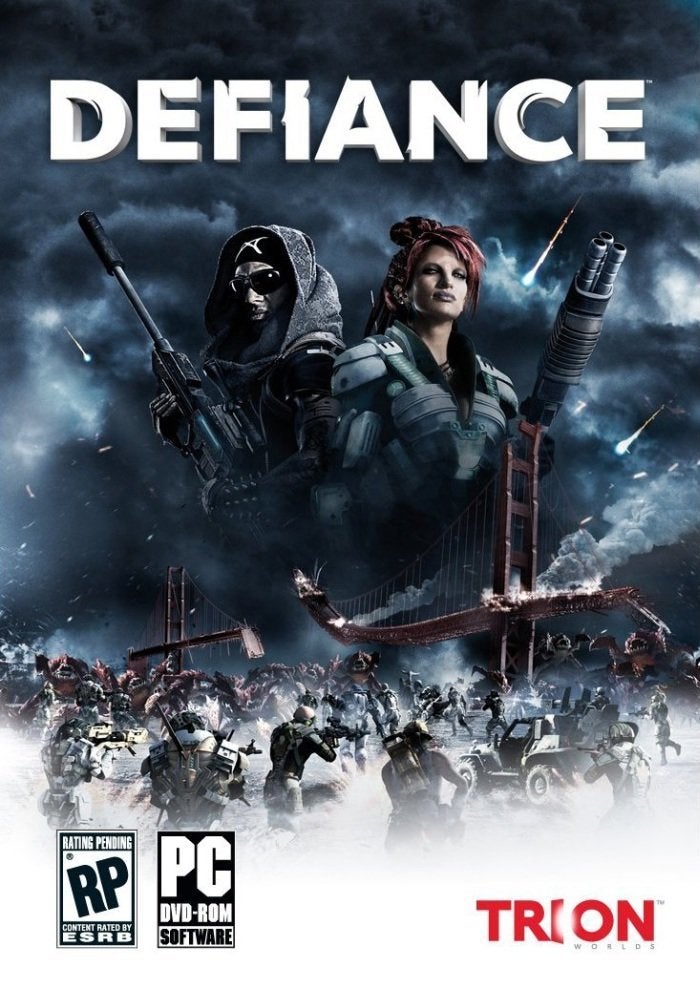 Defiance is the first multi-platform online 3rd person shooter which, in a ground-breaking entertainment experience, interconnects with a global television series on Syfy, cable’s premier imagination based entertainment channel. The game is being developed by Trion Worlds for the PC, Xbox 360 video game and entertainment system from Microsoft, and PlayStation 3 computer entertainment system. In Defiance you will join a futuristic online open-world shooter where thousands of players scour a transformed Earth competing for alien technology. Hunt alone or with others as you improve your skills and level up unlocking powerful weapons that will help you survive the massive battles that await. The creative forces behind Defiance have worked on the top online games of the past decade, including RIFT, Everquest, and Borderlands. Features: - An Adventure for the Masses – Lead the charge in huge co-op battles and fierce multiplayer conflicts across an immersive world. - A Massive, Persistent World – Fully realized, persistent open world set in a futuristic San Francisco Bay Area, supporting tens of thousands of simultaneous live players. Fight for survival in a constantly evolving environment with regular content updates and dynamic events. - Customize Your Character – Custom character creation, where you can play as a human or alien, modify your appearance, upgrade weapons, select different specializations, and choose your own progression within Defiance universe. - Call to Arms- – Level up and modify a wide variety of modern and alien tech weaponry. - Transportation Evolved – Traverse terrain using a range of vehicles to explore the vast landscape transformed by alien technology. - Change the Future – Impact television with your heroic adventures, and be impacted by events in the Defiance TV series.